Why are girl group 'mukbangs' uncomfortable to watch? 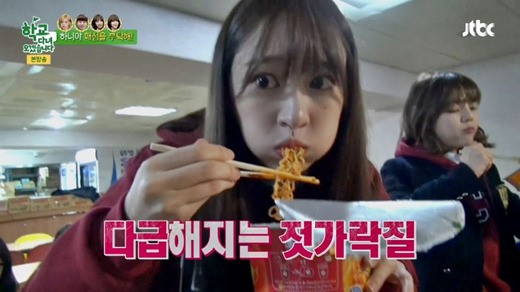 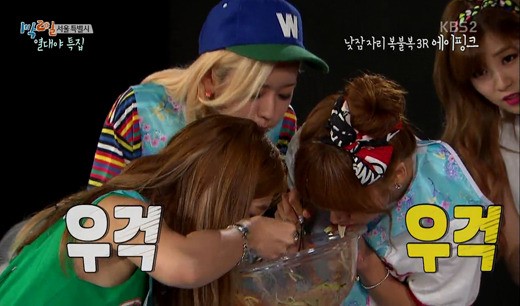 Article: The reason girl group 'mukbangs' are uncomfortable to watch

Article talks about how girl group members have been earning individual fame for eating well on variety shows ('mukbangs') but how it's all just a fantasy that is being demanded of them by the public.

Girl groups are usually deprived of food and are often starving in order to maintain their bodies for the stage but an expert analyzes that the public wants this perfect image of them where they're able to eat well and still maintain their perfect figures while denying the ugly reality of what goes on behind the stage. This forces girl groups to 'act' a certain way to live up to the public's expectations of them, making 'mukbangs' look increasingly fake and forced.

1. [+109, -5] It's hard to relate to them because you know that they're forcing food into their mouths because they'll get hate for picking at their food otherwise. I end up feeling bad for them.

2. [+103, -9] Girl group mukbangs aren't really mukbangs. They starve all week and eat that one meal on TV. People would be naive to think that's how they eat all the time... so don't copy them. The only people who don't gain weight by eating like that are sick people.

6. [+16, -1] Girl groups are suffering having to eat when they don't want to since they have to manage their bodies...

7. [+39, -24] There's an obvious difference between those who eat naturally and those who are forcefully shoving three pieces of food in their mouth ㅋㅋㅋ

9. [+22, -13] I don't know why fans even find it cute to watch them shove large amounts of food in their mouths like that? It looks so stupid.