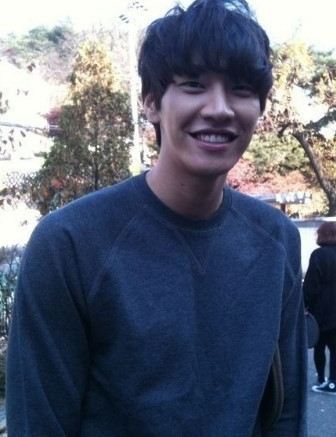 Article: Kim Young Kwang under controversy for his interview "I hate girls with thick legs..."

Vogue Girl: What kind of physical appearance do you dislike?

Kim Young Kwang: I hate anyone that looks pathetic. Anyone that looks like Sung Joon (model), I don't mind if they show up without their hair washed or something but when someone whose physical appearance I don't like shows up like that, I don't even want to look at them.

Vogue Girl: I'm not that into short, stubby hands.

Vogue Girl: That's right, you said before that you look at a girl's legs the first time, right?

Kim Young Kwang: I look at everything (laugh).

Kim Young Kwang: I've said this in almost every interview but whether they be a male or female, I like them to be pretty. I know that it's not necessary to say things like this but I'll look at someone's physical appearance and say, "I don't like that person. I don't think they'll match me." Then my friends will be like, "Hyung, you're really mean, you know that?"

2. [+1,294, -116] After reading the article, it seems that the specific "legs" statement isn't the problem, but the fact that he just judges anyone based on their appearance and hates them if they're ugly. That's worse to me than what he said about the legs. I hope he matures~ Let's see how handsome he is himself. I don't even know this kid so I better go search him up.

3. [+1,222, -88] So this is where the exit was (TN: When netizens fall in love with a celebrity or join their fandom, fans will usually say there's no exit!! or where's the exit!! meaning there's nothing about them to dislike or leave them for.)

5. [+417, -7] If Kim Young Kwang hates people that are ugly with thick legs, then that's up to him. And if I hate on him for saying those things thoughtless, then that's up to me. In the end, you're responsible for the words you spit out. Celebrities make money off of their popularity with the public so it's up to the public to judge him worthwhile of their attention.

6. [+301, -8] Hul, daebak, I've totally lost interest in him. If he was born in '87, he should've matured already. He seems like he lives for the thrill of being handsome. Even though he grew taller, his brain seemed to have stopped developing in elementary school. I'm sure some of his fans are ugly with thick legs, I wonder how much he swore about them under his breath while dealing with them. He doesn't even know a thing about them... What a sick man.

Article: Kim Young Kwang clarifies "I did not intend to put down physical appearances... It's a misunderstanding"

"There's been a misunderstanding regarding the controversy surrounding Kim Young Kwang. At the time of the interview, he did not intend to put down anyone's physical appearance. It was his birthday the day of his interview so it was a very fun and comfortable environment. He said it as a half joke half truth statement, and did not intend to discriminate against looks. Every word counts and can change the meaning of everything in an article. Kim Young Kwang is not the type to normally speak disrespectfully."

1. [+419, -16] There's no one in the world that will criticize you anyone for saying they like pretty girls. What becomes the problem and the differentiating factor in this case is when he says that he specifically hates ugly people and doesn't want to be around them. That is absolutely different from saying he likes pretty girls. He basically means that he judges people by their physical appearance and deems them worthy of forming a relationship with him if they're pretty enough to his standards. Instead of calling it a misunderstanding, he should've just admitted that he was thoughtless and apologized.

3. [+303, -11] I know that journalists are the ones that create a lot of these controversies... But this one was not started by the journalist. If he and his reps knew that every word in journalistic articles count, he should've been more careful. He knew that his interview would be read by many and potentially spread through articles.

5. [+102, -3] You're right, you didn't seem to have any intent. It just seemed like you hate any man or woman if they're ugly. Thanks for showing us your true side.